Lorenzo Mendizabal has joined the team as Executive Vice President 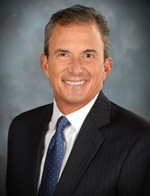 Lorenzo Mendizabal has joined the team as Executive Vice President

BMC Group, a leading global provider of legal, financial and corporate information, is pleased to announce that Lorenzo Mendizabal has joined the team as Executive Vice President. Lorenzo brings to this role more than 20 years of experience as a bankruptcy specialist. Most recently, he served in leadership roles at Epiq Systems as Executive Managing Director of the Restructuring business (2006 to 2015) and at Trumbull Group, where he served as President (1999 to 2005).

Lorenzo is excited about joining the BMC Group team and its global platform. “There is a coherent mission here to transform the restructuring market by providing cloud-based, secure, integrated tool sets that will help eliminate waste in the bankruptcy process,” said Lorenzo.  “There are few instances in your career where you can make meaningful and far reaching change to an industry.”

“Lorenzo’s appointment reflects our continuing commitment to the bankruptcy services business,” said Tinamarie Feil, BMC Group President of Client Services and Co‐Founder.  “His entrepreneurial spirit and record of success leading other organizations will be tremendously valuable.”

Lorenzo earned his B.A. From Hartwick College and his JD from Boston College Law School. Lorenzo is an active participant in several industry organizations.  He has served on several boards including those of the American Bankruptcy Institute and the Turnaround Management Association.  He is a frequent writer and speaker in bankruptcy and restructuring issues, including the role of technology in claim administration.